Andy Watts: Celebrating 10 years and a rig-load of funny moments

In the decade since Andy Watts and his hair joined the team, the industry and client expectations have changed a lot. Ranger has gone from being a small contractor working in exploration and developed into a company with equipment and systems compliant to work for major clients.

From six rigs in 2012 to an expected 26 this year, he’s excited to see how computer technology in drilling is progressing and the considerable impact it will continue to have on our industry in the future.

Andy joined Ranger Drilling with 16 years of experience under his belt. Thinking back to his start here, he was impressed by the (then) brand new workshop down at Berriman Drive.

“There was not a mark on the floor when I toured the place,” Andy recalls. “A week later, Howey showed me back there, and Rig 3 was in a million pieces with mud and hydraulic oil covering every inch of the floor. He told me that the rig was in for a “tidy up”, and he’d leave me with it. It was a good challenge!”

Andy goes by a few nicknames, depending on who you ask, but he’ll answer to Big Puss, Pusspants, Pusswanna. His sense of humour, especially in the face of a sticky situation, is one of the bloke’s best traits. Just ask Jason Howey about trying to catch a train from Leederville after the footy, or Josh Gregory about jump-starting Rig 7. 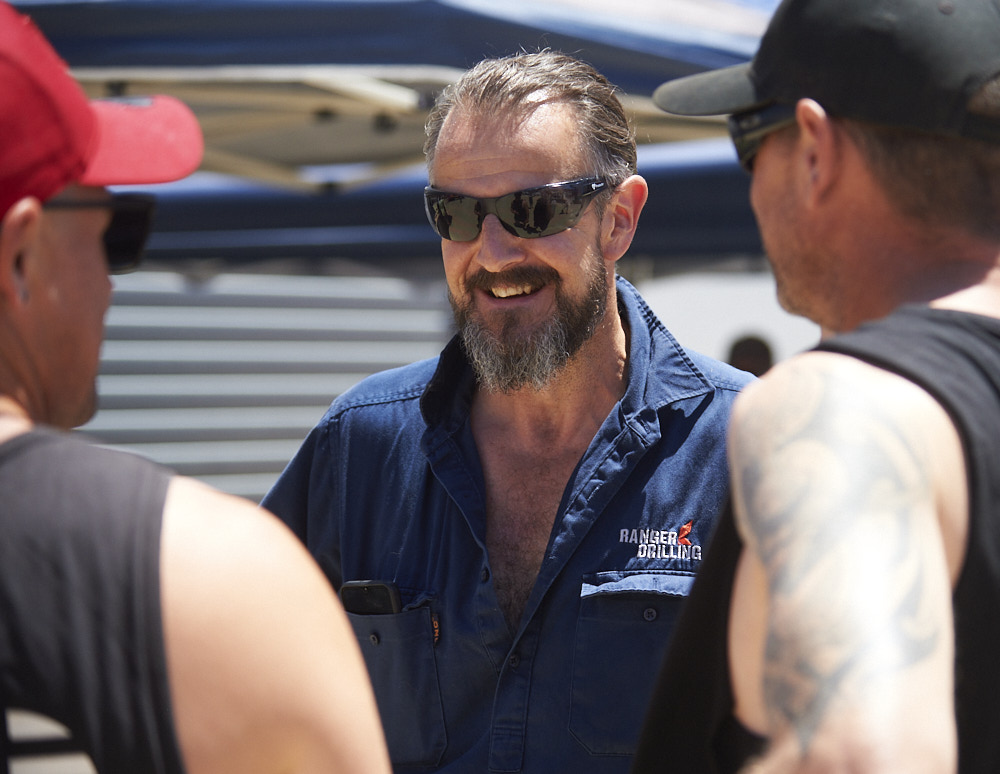 He’s someone who continually rises to the challenge, gets the job done, and sticks with a problem until it is fixed. Andy’s an innovator in his own right, coming up with solutions to problems and implementing them, including auto rod retention, hold to run cage cutouts and the early drill monitoring engineering solutions. The guy is serious about the work but always able to bring some fun to the occasion — whether that’s doing jumps on a kid’s bike on the way to the Breakwater or listening to WU-TUNG full blast while pulling up to the Paraburdoo airport. We’re glad he’s stuck around, even if his lotto dream is to be a wine, beer and whiskey taster.

Now older, wiser and a little bit calmer, he offers some sage advice for anyone joining Ranger or the industry:

His loyalty to the Ranger team is evident — always available to help, be it at 7 am before he has had his cuppa or on the weekend when he is six beers deep and swimming in his pool. It should go without saying that Andy has become a hugely valued member of the team and someone we’re all we’re proud to call a mate.

Cheers to your ten years! 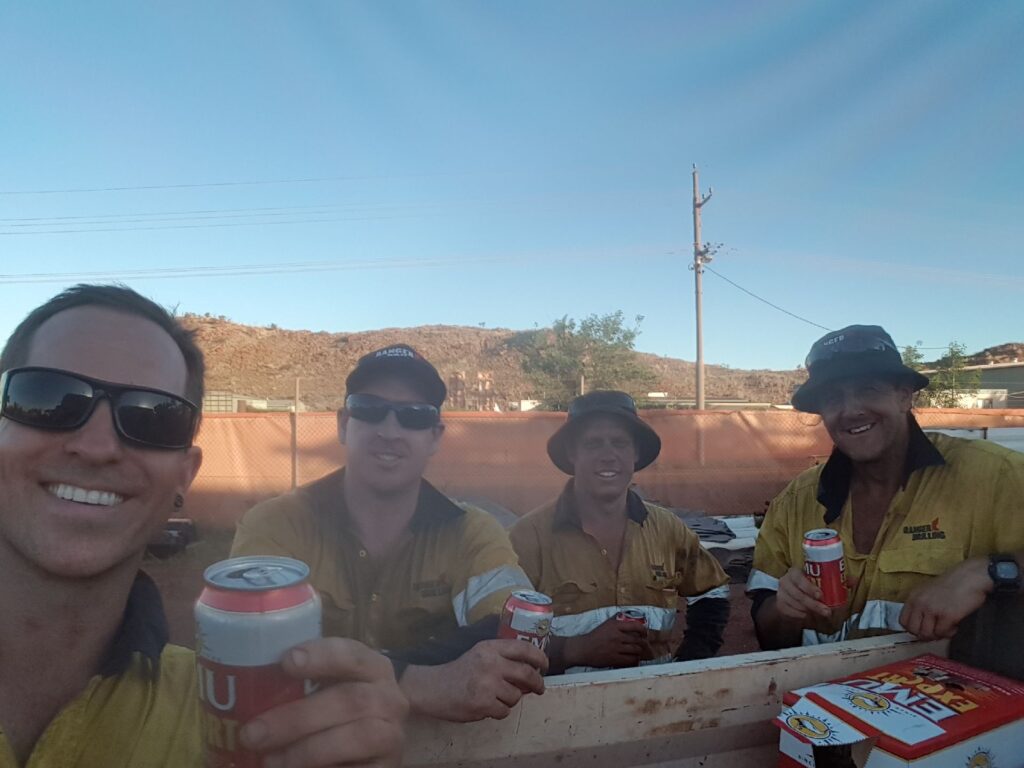 New Rig 23: Fully specced out and on site

In the decade since Andy Watts and his hair joined the team, the industry and client expectations have…

In the decade since Andy Watts and his hair joined the team, the industry and client expectations have…