The New Force in Air Core

The X350 is a solid yet compact RC/Air Core Drill Rig. The design brief we started with was for a versatile drill rig capable to be used for air core drilling, grade control, and RC drilling. The X350 is mounted on an all terrain MAN 6×6 truck, and can be interchanged between tracks or truck in no time at all – with improved safety features including drill rod retention and hands-free breakouts fitted.

It also includes a new fuel/separator saver, which regulates low air, reducing fuel consumption and improving separator life and service intervals – as well as ROP and FOPS for operator protection. A lockable isolation panel, which can lock out all or individual energy sources, prevents working on live equipment. The rod loader has improved serviceability features such as arm rotate gear drive, Vee roller bed plate and in cup drill rod detection system.

All manufacturing is to Australian standards as per Ranger Drilling AS/NZS4801, ISO9001, ISO14001, and ISO55001 accreditations.

With the introduction of Air Core and Diamond Drilling, Ranger Drilling believe the combination of resources and infrastructure from exploration, water and mine drilling into a vertically integrated package will provide the highest value to our clients.

Ranger Drilling’s new Air Core rig is delivered in line with its continued development of progressive drilling equipment including our DRA600E rig (remote control) which has been operating in the Pilbara for two years. This state of the art equipment removes operators from the line of fire and dropped objects while the rig is in operation. This in line with Ranger Drillings MWD and MDP, we deliver optimal results, outstanding customer service and improved techniques and equipment throughout the industry and we will uphold our status as a true mineral DATA provider.

Ranger Drilling is a 100% Australian owned company, 2016 and 2017 has been a year of great progress and change at Ranger Drilling – albeit set against a year of industry uncertainty and instability. We have grown by two rigs (15 rigs total) relocated premises to our new headquarters in Wangara and implemented an improved, stronger, and better-structured team. These changes have allowed us to adhere to our company motto: “Better before Bigger” and continue with our core values; SAFE, LOYAL, PROGRESSIVE, PRODUCTIVE. We continue to retain a strong foothold in iron ore ‘Ranger’s Iron Triangle’. As part of our business strategy, we continue our diversified offering into other commodities such as gold, nickel, copper and lithium, just to name a few.

The X350 RC/Air Core Drill will be on display at the front of the Museum of the Goldfields, Kalgoorlie on Sunday the 6th  August during Gold Road Resources pre-Diggers and Dealers Cocktail Event.

Matt Izett, Stuart Baird and Colin Mackenzie will also present and will be attending Diggers and Dealers. 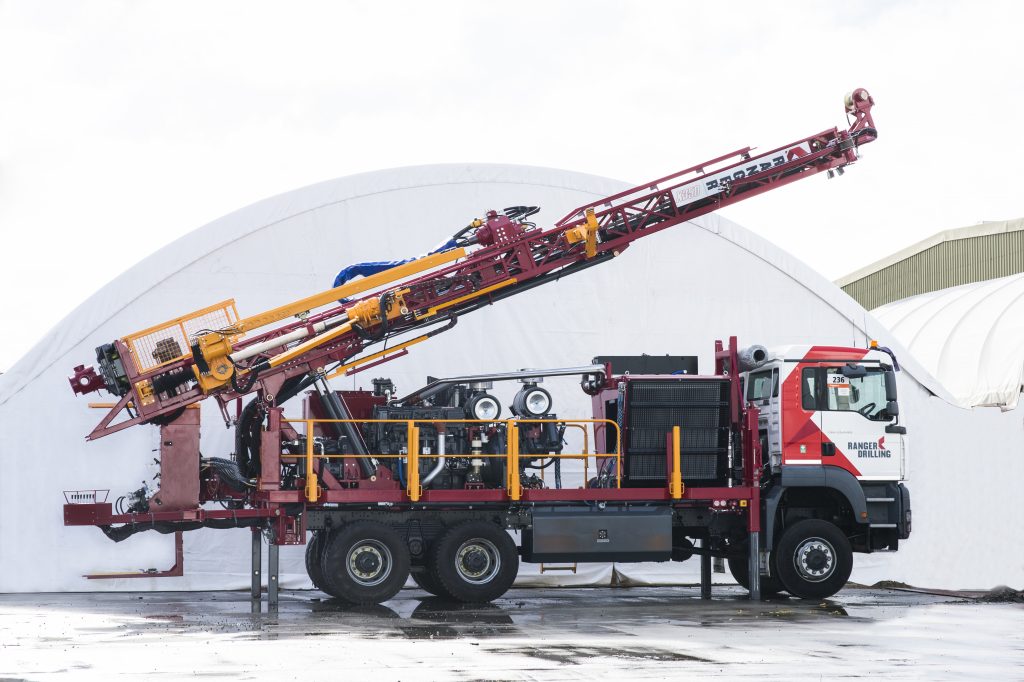 New Rig 23: Fully specced out and on site

Andy Watts: Celebrating 10 years and a rig-load of funny moments